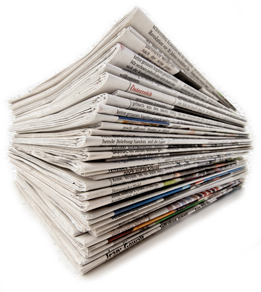 Robert Purnell Sr. founded Southern Wisconsin News in 1933 by acquisition of the local distribution of the Chicago Tribune newspaper for the Edgerton, Wisconsin area. For many years, Bob faced numerous uphill battles to sustain and grow the newspaper and magazine business; most notably through his absence while serving as a pilot during World War II. Robert’s grandson Tom Purnell, current owner and President, often muses that “For a considerable period of time, he received his products by train and delivered newspapers out of the sidecar of a motorcycle and ran longer routes across Wisconsin from an old Army ambulance and various panel trucks. It was his work ethic, his persistence and dedication that continues to carry our third-generation family business forward into the future”.

Over the past eighty years, we have grown exponentially into a dedicated staff of book and magazine professionals serving over one thousand retailers a week, large and small.

Southern Wisconsin News now operates out of two Wisconsin facilities, Edgerton and Appleton, and has over 25 full-time trucks on the road.